The world of technology has come a long way in the last sixty years or so. Hell, just since 2000 technology has grown by leaps and bounds. In 2000, cell phones were only good for calling and texting. You paid something like 10¢ for every text, and every call reduced your allotment of minutes, except after 21:00 and on the weekends. Remember “call me tonight when my phone is free”? Internet on your phone🤣? First of all, websites weren’t optimized for mobile, and you had to pay per megabyte of data. If you accidentally hit the Internet button, you would hit end like a bazillion times so the charge wouldn’t appear on the bill. Now, most cell phone plans get unlimited minutes, unlimited texts, and x number of gigabytes of mobile internet at LTE/5G before you get throttled to 2G speeds.

Almost every phone today is a “smartphone” that is nothing short of a miniature computer in your pocket (sure, there are still basic phones like the ones prior to the iPhone, but you really have to look). These devices pack so many features into a roughly 5″ device. You have amazing cameras now (upwards of 40 megapixels in some), front and back; mobile internet; video calling; apps galore; just about anything you can do on a laptop can be done on a phone or tablet. Some of these phones can even be interfaced into your game consoles, like a proxy controller.

Want to control your washer and dryer? Some appliances can communicate with your phone. I’ve even heard of a barbeque grill that can be controlled using a phone app. Smart home connections, video doorbells, internet-enabled security cameras are out there.

But, alas, with everything smartphones can do, there is one feature that no phone has as of yet, and I’ve wondered why. If security cameras can pack daylight recording, as well as night vision, how come this hasn’t been implemented in phones yet? I think it would be awesome to have a phone that can be used to see in the dark, or take pictures of night scenery. I get that baby monitors have night vision, and hunters can use night vision binoculars or goggles. Do phones not have it because the cameras would become too bulky? Is someone afraid they’ll use their phone for voyeurism? I would love to be able to walk around the house in the dark, and not disturb anyone with a light in the hallway or wherever, or find something in my car I may have dropped at night, because car interior lights are not the brightest thing out there (but brighter than some people I know).

Something else that bugs me about phones, especially iPhones/iPads. Apple won’t even let you change your system font. Android phones do, but only selected ones. Samsung phones used to allow most, but now, unless they’re certain paid fonts, it says it’s not supported and forces you to delete them. Even the paid screen fonts are all these “girly” fonts. By girly, I mean cutesy cursive crap, or with hearts and weird shaped letters. I just want to change to something straightforward, without having to use the default all the time. I mean, if we want our phones to be unique, why can’t I choose the appearance of the text on the screen?

Why is it that seemingly every wireless carrier tends to pre-load a phone with several gigabytes of unnecessary crap apps (commonly called bloatware)? The worst part about these apps is that they’re usually the ones you never use, take up precious phone storage (especially if the phone doesn’t have an SD card slot) and you can’t uninstall them. The only thing you might do is to disable them. Unfortunately, they’re stuck. For example, if you go to the Play Store and hit “uninstall” on one of these dreaded apps, you get a message like “Do you want to uninstall updates on this system app?” If you proceed, the only thing that happens is you remove any updates (the app is intact), and now the Play Store wants to reinstall the updates you just removed. It’s extremely frustrating and annoying. 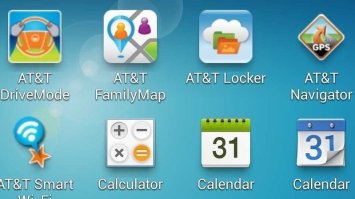 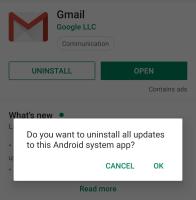 Samsung, once an innovative company, is especially notorious for taking common Google apps and tweaking them into something of their own, and place it in their custom home screen interface. I say Samsung was innovative, but it and Apple are close to being one and the same, except for operating system (iOS vs Android). I mean, Apple buys Samsung screens for some iPhones, and both pretty much do the same thing: tweak some little something each year, release a “new” hyped phone, and jack up the price into the stratosphere. Hell, Apple has a lower starting price point than Samsung this year. Samsung’s Galaxy S20 starts at $999, and they just go up from there. The basic iPhone 11 starts at $699. Hell, remember the beleaguered Galaxy Fold? Who in their right minds is gonna shell out nearly two grand for this? Just to have a phone whose screen will someday break from too much folding? If I want something like that, I’ll go get an LG V60. True dual screen (the case it comes with functions as a second full-size screen), and it costs “only” $900. My phone is a Galaxy Note 9, and it may likely be the last Samsung phone I buy. I don’t intend to upgrade anytime soon, but when the day comes, I most likely will avoid Samsung. They’ve gotten “too big for their britches” and don’t really even have the incentive to innovate anymore.

Could I do without my smartphone? If I had to, I could; however, they’re too goddamned convenient. When I don’t want to lug out my laptop, I go online with my phone. Do I need the absolute newest one? Hell no. My two-year-old phone is still holding up, and I don’t plan on changing in the foreseeable future.

To round things out, I just read something today that might get you religious folks thinking a minute. I read somewhere about making it one day where you couldn’t buy anything without a certain app for your smartphone. Some think the “mark of the beast” mentioned in Revelation is an implanted microchip. What if this “mark” is a smartphone? Nearly everyone has one. I’m not saying any of this will happen, nor that I necessarily believe in this thought/idea. It could be one of those urban legends, but you can imagine and draw whatever conclusions you wish.

Thank you for reading my words this week. You probably even read it on a smartphone. If you could design your own cell phone, what features would you include? What is something phones don’t have now you wish they did? Something to think about until next week. Go out there, be safe and be well.