In a previous post, I laid down what my stance was on a couple of social issues we face today. I’m returning to the idea this week, and I’ve selected a few more to cover. As with any controversial subject, not everyone will agree with me. That’s quite okay, as everyone is entitled to their own opinions. Just as long as everyone will sit and listen civilly with an open mind, and agree to disagree where needed, we can all get along. You see, I firmly believe that this is a huge problem we now have. Many people, of all political stances, believe that the only opinion that matters is theirs. They will only respect those with whom they agree with. If you don’t share their point of view, you’re a piece of shit, and we need to fight you, beat you and shoot you. Civility and mutual respect are sorely lacking in the 21st century, from Main Street to Wall Street to First Street, New York to LA to Pennsylvania Avenue—especially amongst the politicians! You see in the news and on social media how childish many of these politicians act.

I believe that people can and should have a means to defend themselves. If someone is threatening my family or myself, and I had access to a handgun, you’d sure as hell better believe I would defend us. If that means I had to shoot and kill the intruder, then so be it. Some people have rifles for hunting. I’m not a hunter, but if they’re doing things all legal-like, with the permits and education, I’m not against it. What I am against is these semi-automatic weapons whose only purpose is for shooting massive amounts of ammunition in short order.

There is absolutely no civilian need for an AK-47 or an AR-15. Coincidentally, if you look back at the last 20 years or so, let’s say since Columbine in 1999, in most, if not all, of the mass shootings that happened, the perpetrators used this style of rifle. All of these massacres claimed so many victims due to the choice of weapons used. If they only had access to a handgun, they might still have offed a few people, but not nearly as many. Now, don’t think for a second that I’m wishing for anyone to die (except maybe these fuckers who commit the shootings). 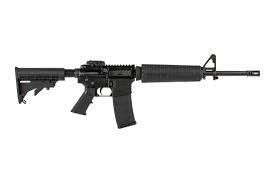 Do I think all guns should be outlawed and/or confiscated? No. If you disarm the public, you leave them defenseless against criminals (they sure won’t give up their guns) and government. I also think that the gun laws need some revision.

I’ve said this one before. I absolutely am in favor of vaccination. All my kids had their shots. Some “anti-vaxxers” think that they cause autism, citing a few celebrities and a study that was done. The problem is that these celebrities don’t have medical degrees, and the study they quote has proven to be fraudulent and the author of the study disqualified from medicine. Most doctors will say that vaccines are perfectly safe. It’s because of these weirdos that measles and mumps are making a comeback.

Do I get an annual flu shot? No, because the flu virus keeps mutating and evolving, and no one is ever sure if the current vaccine is even for the prevalent strain. One time I got a flu shot, and ended up with the flu for a week. What about coronavirus? There is a vaccine in the works, and the general public won’t be able to get one until sometime in May or June, they’re figuring. I really want to see the vaccine’s effects on others before I agree to one for myself.

Sexuality, MINORITIES, and their respective rights

Many religious people will claim that homosexuality is a sin and these people will forever be damned. I say that people are people, regardless of what their sexual preference is. I get why laws are passed for “gay rights” and others’ rights, but it’s actually sad at the same time that these laws have to be passed to ensure these people are treated equally. I go back to the religious people: doesn’t God say he loves everyone? Does He not say “love thy neighbor”? I don’t recall there being any “buts” in the commandments. He did not say “love thy neighbor, unless they are gay, black, Asian,” or whatever. Just because I’m heterosexual, does not mean that a gay person is any less of a human than I am. In fact, there are gay couples who raise a child with more love and respect than some heterosexual parents. There are good and bad people in any group you can define.

There’s been a “war” on drugs for years now. The government is not winning this war, nor do they really want to. There’s too much money to be made from the confiscation (look at the millions of dollars they sometimes seize) and the imprisonment of the traffickers. 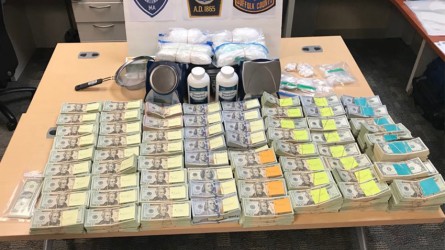 The big one people are discussing lately is marijuana. It’s illegal federally, and completely outlawed in 18 states. Thirteen states are approved for medical use, 11 have completely allowed recreational use, and the other eight are expected to allow recreational use soon. Some states, like Alabama and Wyoming, have extreme penalties for weed possession—in Alabama, possession of weed can get you charged with a felony. So many jails house people who were locked up for possession or distribution of marijuana. So many more drugs out there are more dangerous than that. There are some medical conditions which are alleviated, or at least made tolerable, by the use of marijuana. No drug is 100% safe, but a person smoking a joint has less likelihood of dying or overdosing than a drunk person. Many have died from alcohol poisoning, but there is no direct evidence of anyone dying from smoking weed. In case you’re wondering, I have never used marijuana in any form.

Since marijuana is not as harmful as say alcohol, I think that there should be some way for it to be regulated like tobacco and alcohol. Cigarettes cause cancer and kill more people than weed. As far as other drugs go, like the street drugs, decriminalize them and the black market would drop in a hurry; the cartels would have no profit in them anymore. It’s that illegality that make drugs so damn profitable and dangerous. Now, if you get shitfaced from some heroin and stay in your home, that’s your choice. If you go and commit a crime while you’re impaired (or even if you’re sober), you deserve to go to jail. Update: in the last few days, the US House of Representatives has passed a bill to decriminalize marijuana nationally, taking away its C-I status in the Controlled Substances Act. It must move to the Senate, but it is feared to die there, as Republicans still control that house of Congress and are lead by Mitch McConnell, an outspoken opponent of marijuana; so much so that his state of Kentucky still completely outlaws possession of even the tiniest amount of weed. 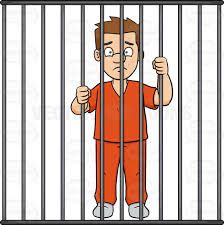 There you have my opinions on a couple more divisive social issues. Feel free to disagree or agree. Your opinions are as valid as mine. Human uniqueness is one great thing about this world. God help us if there were 7.8 billion clones of one person. Do you think marijuana should be legalized or decriminalized, or left the way it is? Should guns be outlawed? Are childhood vaccines a personal choice, or should they be mandatory regardless? Share your opinions with me. Have a good week, have peace, be respectful and civil, be safe and be well.