Without a doubt, English is one of the hardest languages to learn. With its numerous grammar and spelling rules, some having more exceptions than not, it’s no wonder non-native speakers have a difficult time learning it (hell, even native English speakers have a hard time). Add in the words that are spelled alike but sound different and mean different things (present [noun] and present [verb]), or how words sound the same and are spelled differently (two/to/too, buy/bye/by or your/you’re). To complicate things further, there are letter combinations that have several different pronunciations (“ough” has roughly 11).

Of course, there are things and verbs that exist that most people have never heard of, or may have read it in some passing glance. Most people know what urinate means, but here’s a list of words you might know, or you might just be learning them now.

If you look at your shoelace, that’s the plastic thing on the end of it. They were invented in 1790, and they keep your laces from fraying and make them easier to put them on your shoes.

This one sounds insanely dirty, conjuring up images of male anatomy. Now, get your minds out of the gutter, and I’ll tell you that the ballcock is the thing that floats in a toilet tank to help keep it from overflowing. 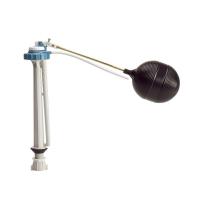 Throughout many years and many jobs, I’ve worked with several people who seem to be experts at this. Boondoggle is useless or pointless work done to give the impression they’re busy. It’s simply a form of “milking the clock”. 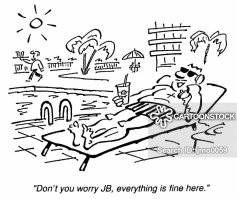 Though quite messy, if you wanted to kill someone, you could defenestrate them from the 30th floor. It simply means to throw someone or something out of a window. Some drivers will defenestrate their cigarette butts onto the highway.

You probably saw this in a Sunday newspaper comic when a character got pissed off. This is the “dingbat” symbols used to substitute profanity (for example, “#&$@”), also the visual equivalent of getting bleeped on TV or radio. It’s also visible on this emoji:🤬. The censored mouth has an example of grawlix.

Little kids and doctors have this in common. Griffonage is illegible chicken scratch writing. I wonder if doctors take a course in this to be able to write prescriptions🤔. It’s a good thing most doctors are sending them electronically now!

The interrobang is a little-known punctuation mark. It combines a question mark and an exclamation point (‽). “Excuse, me, you said what‽” is an example of when you might use an interrobang.

Ever look at your fingers and wonder what that white semicircle at the base of the nail is called? That is the lunula. It’s actually a part of the nail bed. 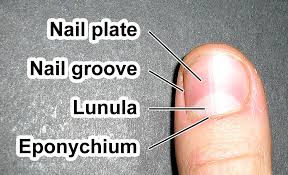 Hopefully you don’t swallow your food whole, and that you masticate it before swallowing it. Mastication is the act of chewing.

Somewhere along the line, I guess someone thought they needed a word for the little dab of toothpaste applied to your brush. So they decided on nurdle for some strange reason. It sounds like a nerdy version of a Dr. Seuss reptile (Yertle the Nurdle Turtle). Yes? No? Maybe? Okay, I’ll show myself out now.

Not to be confused with oscillate (to move back and forth like a fan), to osculate means to give a kiss.

This is a “five-dollar word” for an ear, nose and throat doctor. Most people would have no clue what you were talking about using this huge word, so it’s best to stick with calling them an ENT doctor.

I have seen many restaurant closers in my day who have done a perfunctory job at closing and cleaning. If someone works like that, they need some coaching or a write-up, since it means they did not do a thorough job, hastily and without much attention to detail. I guess a synonym for this would be “half-assed”.

Getting a paper cut there doesn’t sound like much, but you’d probably be in serious pain, and maybe uttering a few profanities, since the purlicue is that web of skin between the thumb and index finger. Just thinking about a cut there makes me cringe.

Another word that brings up dirty mental images (why is English so full of words that can be taken the wrong way?) is this object necessary to play Badminton. Another name for this oh-so-wrongly-sounding item is the “birdie”.

Teenage boys and many line cooks might think of boobs when they see this word, but it’s actually something completely different. A tittle is the little dot that you see over a lowercase I or J.

This is another word that might perk up a few ears, and might get a kid sent to the Principal’s office unnecessarily (kinda like how the Portuguese word for knife is faca, pronounced “FAH-kah” and sounds similar to fucker). No, it has nothing to do with a dude’s manhood (ya nasty!). It is merely elbow skin. Everyone sees someone else’s weenis every day. Proper etiquette dictates no one should place their weenis on the dinner table😱.

Okay, enough of the teenage schoolkid snickering! Seriously, though, it is said we learn something new every day; maybe you learned something from this. Not that I’ll use any of these words anytime soon, but I think it’s still interesting to know. Have a great week, go learn something else new, and always be safe and be well.